After three weeks centered largely around the Shanghai vicinity, the time had come to be whisked away into the Chinese unknown. Traveling with a busload of Chinese printmaking students and several members of the Shanghai University faculty, we drove for nine hours out of the city and through some of the most breathtaking scenery we had ever come across.


At around four in the afternoon, after having driven through village after village and mountains decked with age-old rice paddies and freely roaming livestock (and yes the farmers really do wear those infamous straw hats), we finally arrived at our destination. The village, called Suichang, looked different from the ones we’d passed on the way. It has the feel of a village newly aware of its aesthetic and touristic potential. There is a freshly varnished bridge crossing a stream that leads to the shallow river we had followed on the drive. The old watermills scattered along the drive--though clearly no longer functional--emphasize the historical and natural feel of the place. 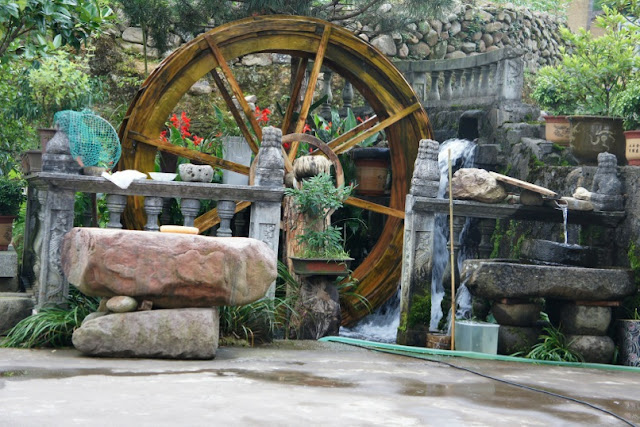 We were greeted by a quiet but endlessly welcoming man with whom we shake hands and offer smiles and an embarrassingly mispronounced "Ni hao." We then followed his usherings into what turned out to be the front room of his home. On the table, there were several large bowlfuls of a small round fruit with a rough, spiky skin. Following the example of some of the others, we dug in. Delicious doesn’t even begin to describe it. Much to our disappointment, no one could figure out the fruit's name in English (please feel free to enlighten us if you can!), but throughout the remainder of our trip, our various hosts continued offering giant basketfuls of them to us--even as I tried to buy toilet paper at the local grocery store.

After drinking tea under a mercifully shady tree, we were again ushered into a different room, and it was explained to us that the friendly man we had greeted earlier was in fact the head of the village, and we were currently dining in his house as his guests.

And so we ate … and ate … and ate. And we drank. Oh, how we drank some of the most delicious locally brewed plum wine. (Each of us was later given small bottles to take back to Shanghai – but they never made it past our last stop in Hang Zhou)

It’s hard to describe in words what Chinese hospitality is like. It is something that must be experienced. Needless to say, all of us from the Academy were humbled beyond words at how well they treated us and made us feel welcome-- us, four unworthy, disheveled and somewhat unsuspecting art students from New York, dining and drinking with the head of the village and a handful of other local leading men about as far away as possible from anything we know.


The next day was much in the same vein. We were given a tour of the village and told some of its history. A famous Chinese artist had lived and worked there until his passing in 2010. He had left the village a large sum of his wealth that is currently being used to revamp the village in the hopes of turning it into a tourist destination. My personal feelings about this are, as you can imagine, divided.

After the tour we went to a neighboring village for tea, watermelon and more little red fruit.

Here we learned a rather astonishing fact: We are the first westerners to come to this region since the Second World War, when an American pilot crash-landed and was nursed to recovery by the locals. We are also, as it happens, the second group of westerners to visit the region -- EVER.

Our gracious host then told us some incredibly moving words about how we must stay in contact, how now that we have met we will always be together in our hearts. He said we now have the opportunity to educate our respective cultures and must work to improve relations between our two worlds. I fail to do justice to his speech, but all of us--James, Elliot, Beth and I--were moved and humbled and tried in our clumsy English language to return the sentiment as best we could.

The following day we said our goodbyes. I will never forget the moment when I turned to bid farewell to one of the ladies who had been so busy accommodating our every need. I saw her eyes were full of tears. It’s a strange feeling when two people from such different cultures have had such a huge impact on each other yet cannot communicate in any other way other than simple smiles and gestures.

Next up:
Upon arrival at the following town, and after having tea at the local government building with one of the town’s politicians, we were ushered once more into a car driven by a man with a rather frivolous attitude about handling his vehicle. After a good 50-minute drive largely consisting of trying not to vomit (Beth), we landed here ... 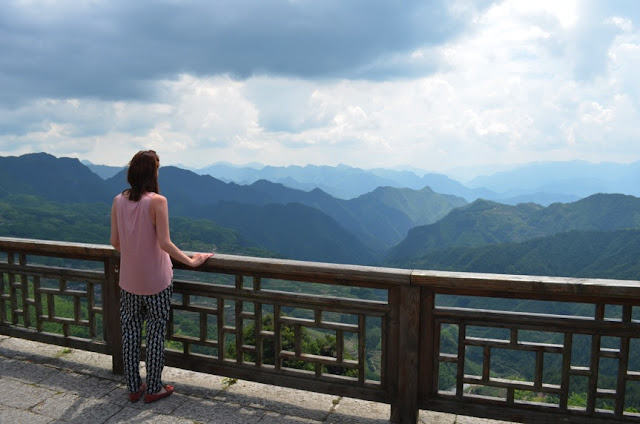 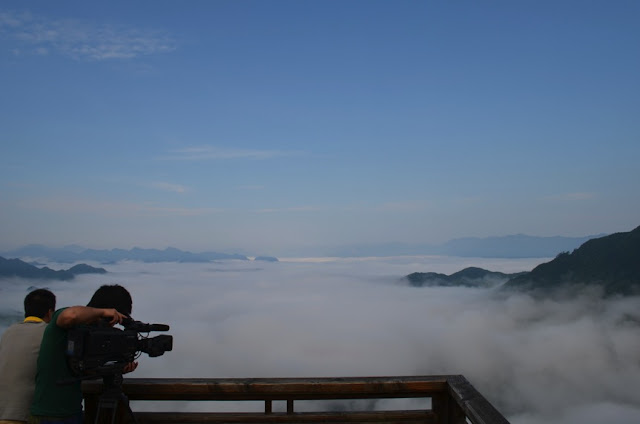 We then learned some skills in traditional Chinese painting (at least James and Elliot did): 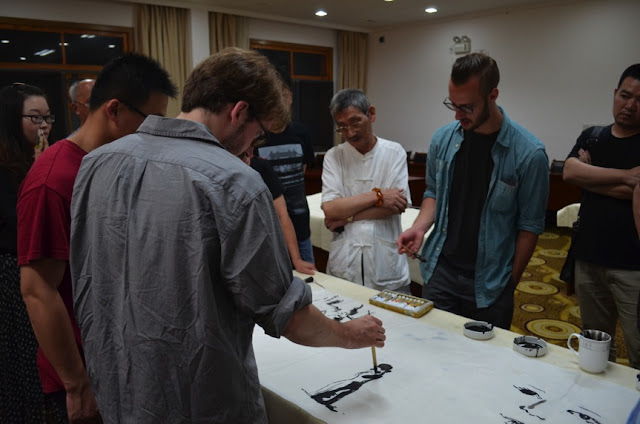 The following day we headed to Hang Zhou. Exhausted, we spent the last night in an amazingly comfortable hotel after dining at a local restaurant in the artist district with some of Wang Yi’s painter friends. After dinner, the evening became a marathon of studio visits, with each artist more eager to show his work than the last. Ted Schmidt, much to our astonishment, outdid us all by keeping on his feet and critiquing the work well up until midnight. (Well, the last hour was a bit more like hounding a poor young calligrapher who didn’t speak any English about the secrets of his trade. But still. Respect.) 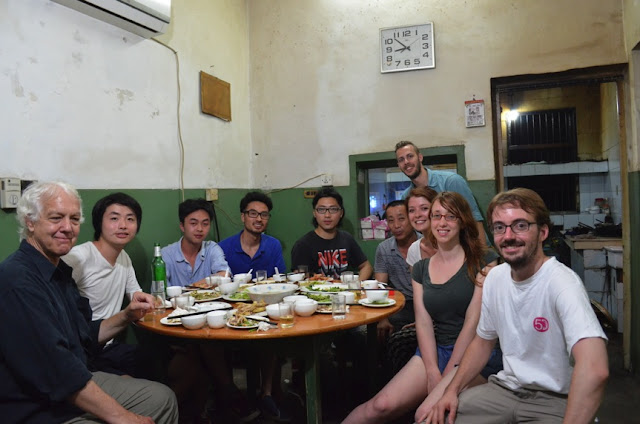 The following day was the last of our five-day trip, for which I have five words: Tea, bullet train, totally spent. 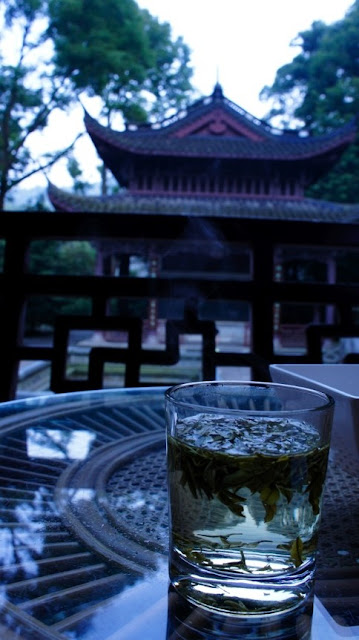 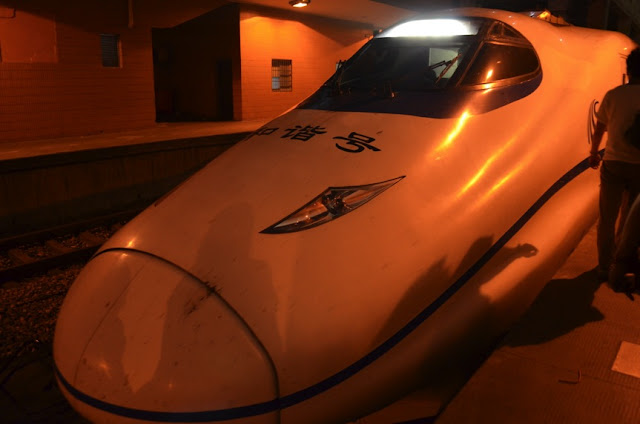 On May 25, four Academy students arrived in China to start a two-month residency in Shanghai and Beijing. James Adelman, Elliot Purse, Elizabeth Shupe and Zoe Sua-Kay (all members of the class of 2014) will share their experiences here throughout the summer.
Posted by newyorkacademyofart on Thursday, June 27, 2013 No comments: