Conversing with the Unnamed: Ali Banisadr

Originally posted on Art-Rated on January 18, 2012. Click to view the original post.
By Jonathan Beer, Class of 2012

Since Expressionism artists have used painting to confront the interior world, wrestling to create with what German artist Willi Baumeister called “the self-engendered vision.”  Like a prospector, an artist searches through layers of self-made bedrock and sediment, mining for a vein to follow. Many artists are enchanted by this parallel interior place, a zone where the fabric of reality is twisted and altered by the subconscious, intersected by memories and augmented by the imagination. It is a constantly shifting place, populated by things which have no name. There is no guidebook. A thorough investigation of the psychological is found in both abstract and representational work, from the disconcerting worlds of Yves Tanguy and Kay Sage to the imposing paintings of Milton Resnick and Mark Rothko. Somewhere between abstraction and figuration the psychological has re-emerged in the painterly fictions of Ali Banisadr.

Banisadr’s paintings have the allure of another world; their surface is inviting and mysterious, poised between the limits of understanding and the possibilities of the imagination. And they are clearly worlds; the shimmering marks coalesce as figures in landscapes, slipping between formed and formless, recalling the frenetic scenes of Breughel or Bosch. The paintings seem to transmit sound, as if each character was reciting his story at once. According to the artist, the key to opening up this other world lies in suspending his knowledge for as long as possible. In a recent visit to his studio he remarked that abstract painter Milton Resnick said “painting is about not knowing for as long as possible,” an idea that sustains his practice. We discussed how he enters this unknown:
“I always look for openings, the part of the painting that welcomes me, the part that calls me in. It could be anywhere, and I start from there. And then it becomes a dialogue. Narrative and composition become the dialogue – I put something here and then ask ‘how is it going to work with this thing over here?’ From there it just goes and goes. On a good day that’s how it is. You just start a conversation with the work and hope to disappear.”

At first glance the glimmering surface of his paintings might not reflect his subject matter, which he says, “is based on three things: the history of myself, the history of our century, and the history of art. These things aren’t going to change much.” Yet those layers of paint evoke the denseness of history and speak to the simultaneous unfolding of events we witness in our interconnected world. Through technique, Banisadr infuses these layers with poetry that communicates far beyond his ideas, allowing the audience to find their own fiction in the picture.
His best works push beyond simple aesthetic delight, moving into a zone where the imagery becomes flexible in its meaning, giving the painting an ability to say many things to more people. “I don’t make things that have names. I don’t make identifiable things – like here’s a tree or a rock or a car, I just don’t make things that way. The painting doesn’t communicate to me that way, because its paint. As paint, it’s telling me different things and those things are unnamed things. When you have a dream, there’s visual stuff going on in your subconscious you can’t really get a hold of – you can’t weigh it down and say what it is; you can’t.”
Similar to dreams or hallucinations, threads of subconscious stories that emerge in one painting are often found in others. “While one piece is ending or even mid-way through, I start to think about what I want the next piece to be like. As one piece becomes something and finishes, I find the things that I’ve learned from that painting that I want to apply to the next painting.” When viewed together his paintings become epic sagas – color and form spill from each canvas, innumerable stories running together, endlessly separating and reforming.

Today’s media driven culture issues an endless stream of shallow imagery, cementing a trend of instant visual gratification. Painting maintains an upward trajectory through the detritus, asking for focus and contemplation from its audience. Ali Banisadr’s pictures declare that painting is very much alive, and proves that there are still certain things only paint can do. His work reinforces the endurance of the painted image, each picture announcing that uniqueness and imagination still fuel the human mind. As long as artists remain curious, art will always be a perpetual act of opening up.  We eagerly await the new worlds that will emerge in Banisadr’s work.

Quotes are taken from an interview with Ali Banisadr, Jon Beer and Lily Koto Olive at Ali Banisadr’s studio on December 10th, 2011.


The experience of being an artist has always been more than producing work for me. It's truly about a connection to others. Art (both painting and photography) is how I bring these connections to life.  I want to hear stories, why people do what they do and how they got to where they are.
A world I have always been very fascinated by is the artist in their working environment. In the past, I've studied musicians and sometimes other photographers but rarely the painter or sculptor. It's been a dream of mine to photograph these types of artists, with light interview involved, showing a new side of the art world at large. I've wanted to see and show where it all begins and my time at the New York Academy of Art has now brought a dream to life. Thanks to artist Guno Park, I will be a part of a video and still photography series exploring former NYAA students' studios. The first is complete and I'm honored to be a part of it.

Here's a bit about the experience: After a few subway rides and great conversation, Guno led me to the studio of former NYAA fellow Will Kurtz. Located in Queens, a gigantic building surrounded by mild traffic and barbed wire greeted us. We walked through floors of closed doored studios to Will's, an extremely large space shared with two other artists. Will's beautiful sculptures were there to greet us alongside him, as well as some great music playing in the background. A wall lined with windows and warm light (as well as an incredible view) wasn't what I expected. The space was wonderful but the experience was even better. As you can see in his video interview with Guno, Will is an extremely kind man and an amazingly dedicated artist. His path to nyaa and now to his upcoming show at Mike Weiss Gallery is as incredibly unique as he is driven and talented. His connection to human beings was something I shared and became even more inspired by.
After taking many still shots of Will and his work (all while listening to his story).. Guno and I left feeling quite a bit of pride in what we were venturing into with this new project. We both knew how well it went, without even beginning to edit the footage and photography we had gained.

Extremely proud and excited to have been invited along, I hope this series continues. It is literally a dream come true. Watch the video here and enjoy the photography as you grab a glimpse into the work and life of Will Kurtz. 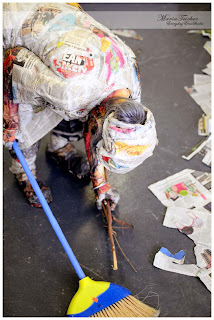 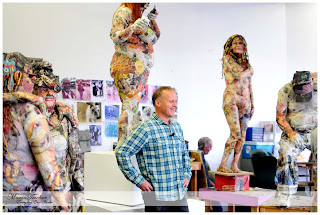 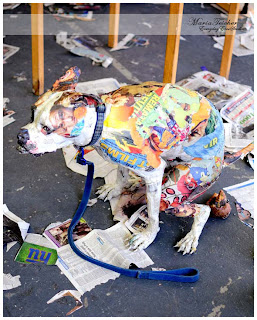 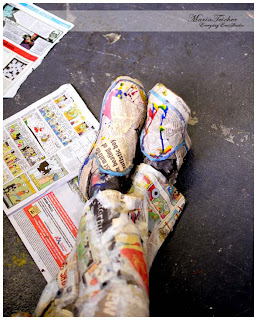 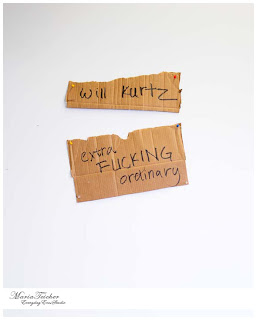 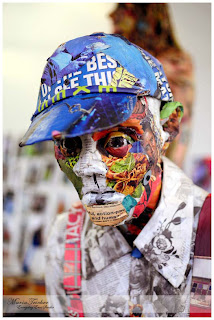 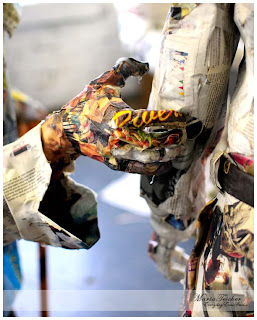 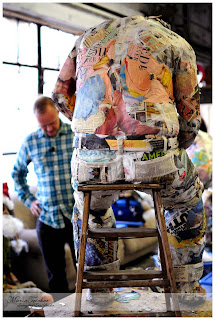 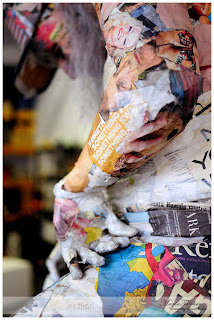 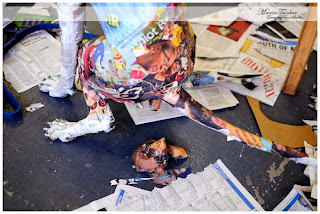 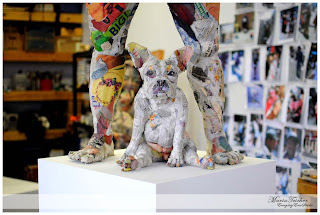 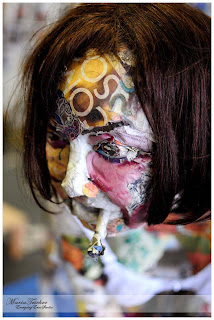 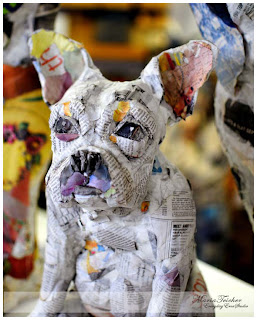 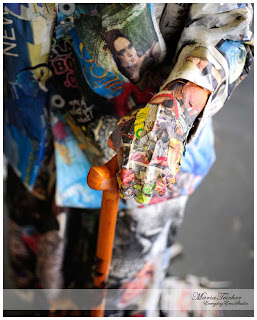 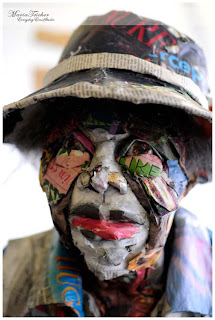 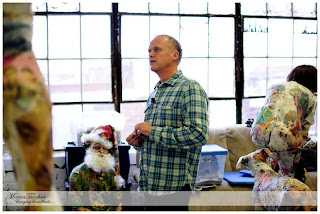 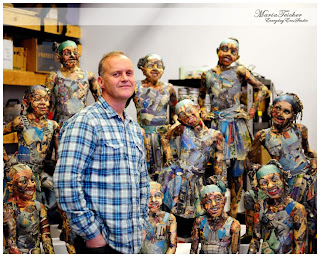 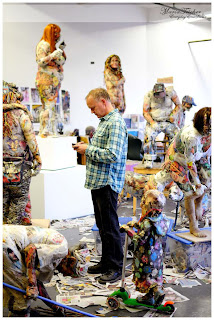 [click on the first photograph to scroll through at actual size].
Stay tuned for more possible studio visits with the incredible artists coming out of the New York Academy of Art.
Posted by Maria Teicher on Thursday, January 12, 2012 1 comment: