Further Down the Rabbit Hole 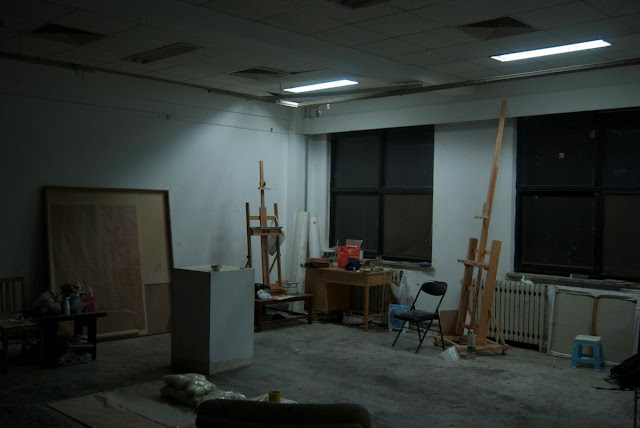 Where did it begin… Where did it end? Our final week in Beijing was so fast, the days all blend together. Extremely late nights, unreasonably early mornings, an hour of sleep here or there. Where to start and what to say? This past week changed my view of Beijing entirely, and what I was planning on writing about never happened. So I guess I’ll start where I would have started.

All five of us were packed into a cab driving way too fast by a driver who was way too young. We had had a late night at… Wait, maybe I should step back.

We started the morning before, the day after show take down. Right, the show. The show went great; it was small but enjoyable with some familiar NY faces (Chao showed up!). 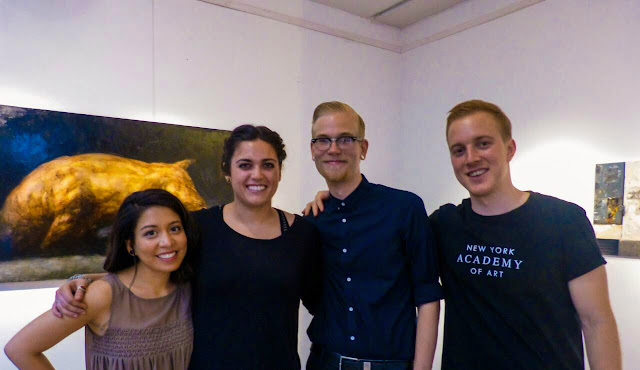 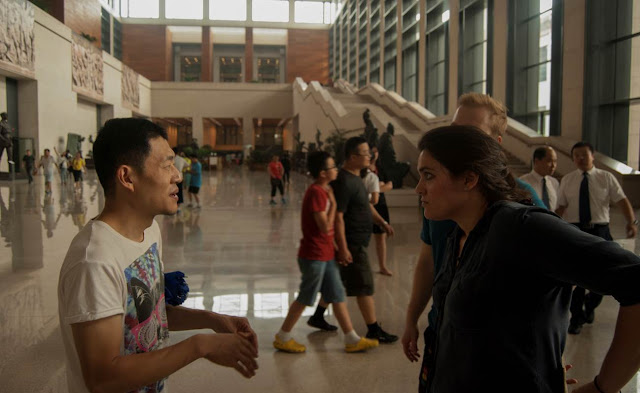 Catch a nap in the cab. Running late. Rushing again. We get an hour and a half of solid gallery time, and the place is already closing. Didn't even get to see the Disney exhibit. 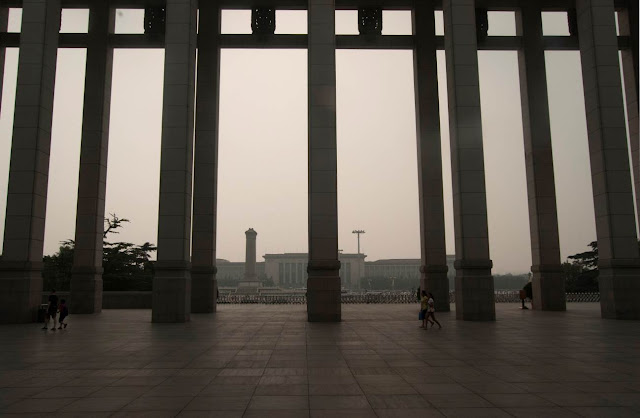 Oh well, the building was more grandiose than anything inside. A short walk and we’re in Hutongs again. Searching for an underground city built during WW2. No luck, looked like it must be getting a long overdue renovation. 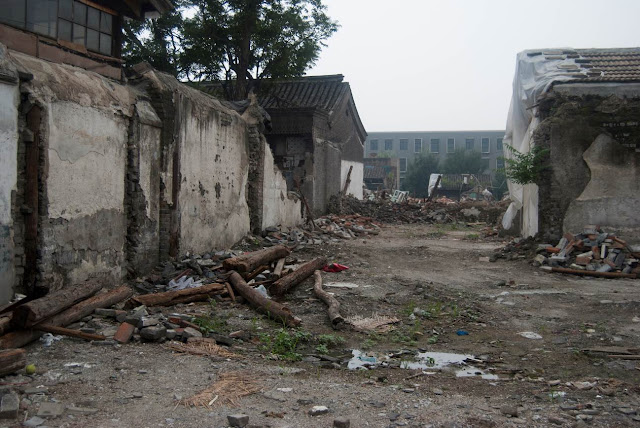 Get a cab, and now were on our way to meet up with Peng Peng, one of our studio mates, for dinner and a night out.

Accidental sightseeing again on the way to dinner. Walk around enough and you’re bound to hit a historic building like this drum tower.

We walk some more upscale hutongs now, and suddenly its pouring rain. Finish dinner, buy our third or fourth round of umbrellas, green tea ice cream cones, and were off. We make it to some lakeside hutongs, with each bar blasting its own band as loud as they possibly can. People heckle us as we walk by, trying to get us to drink at their bar. We decide on a reggae bar, with a band from Mongolia, playing reggae covers of American songs. 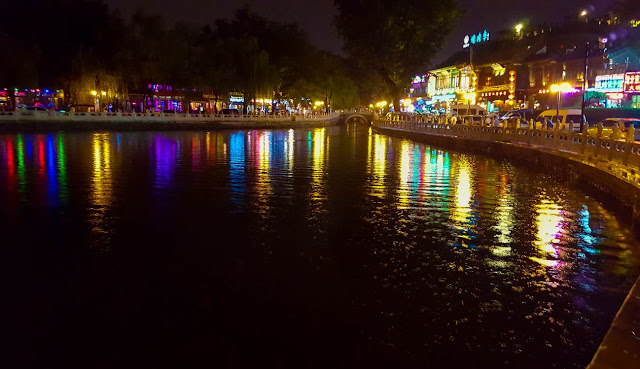 A couple drinks and were stumbling to find more food. Thirty or Forty dumplings later and its settled…. Karaoke night will begin at 2 am, just after Peng Peng returns from finding the wallet she lost. 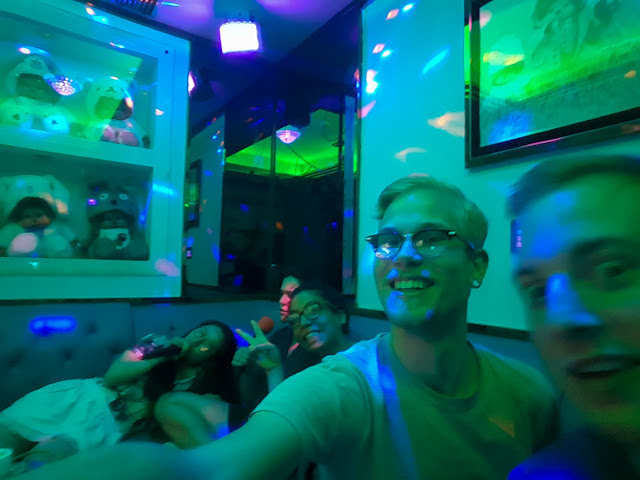 We were flying through traffic with a pilot who had to be filling in for his older brother. Sleep for a couple hours, and I’m back up and ready for the day way before my body is ready. Ben’s up to nothing on the schedule, so he decides to go with me for the day. 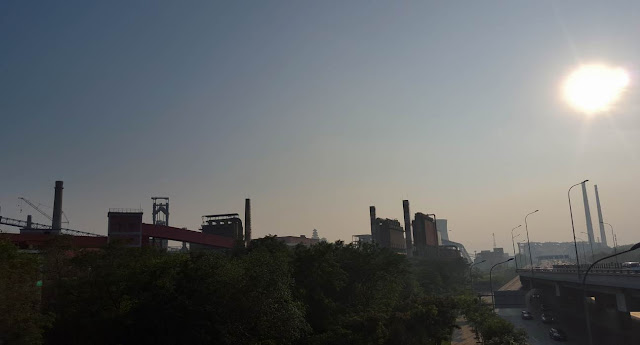 My plans were to explore an abandoned steel mill over a mile square in size. A crumbling relic dominating the skyline that must remind the locals of a not so distant past and the main thing I wanted to write this blog about, but China had different plans. Shougang is a district way at the far west of Beijing. Named for the company that once ran a major steel factory, it fell into disrepair and foreclosure around the Olympics. China went to great effort to cover up some of its slightly less pretty areas of town around the Olympics and this factory happened to be a part of that, laying off some 20,000 workers. I’d seen some articles written about it that were only a couple years old so I thought access would be fairly easy.

I was hoping for treasure troves of gritty interiors and whole empty buildings to explore. But this place definitely wasn’t closed down for good when I went. 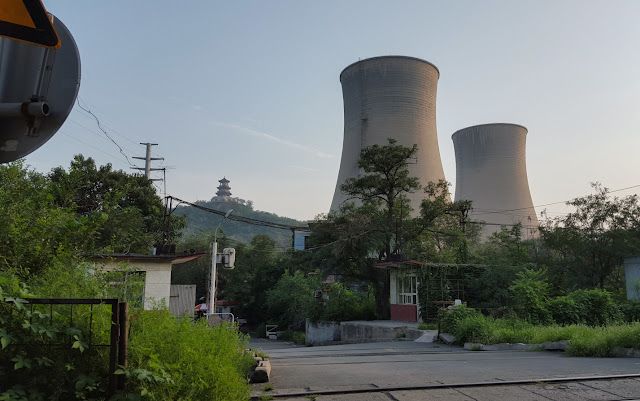 There were still plenty of people working inside certain areas and plenty of guards who could spot the white guys from a mile away. I guess this adventure would have to wait until next time.

Sundown means time to head out, no chance of entry here and the trains close at night. So a subway ride east and we're stepping out next to the National Centre for the Performing Arts. 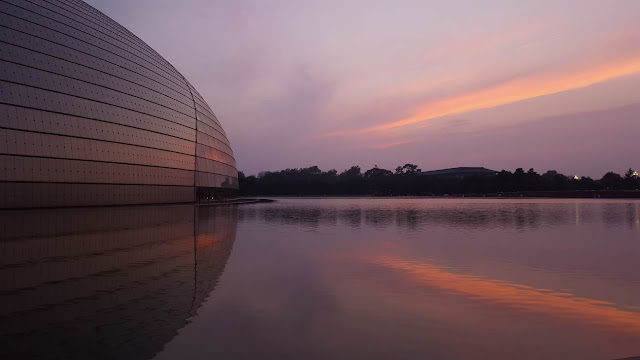 We walked down to some hutongs to maybe grab some last minute gifts for friends. Our legs were getting way tired, the shops were closing, and it was looking like the night was coming to an end. 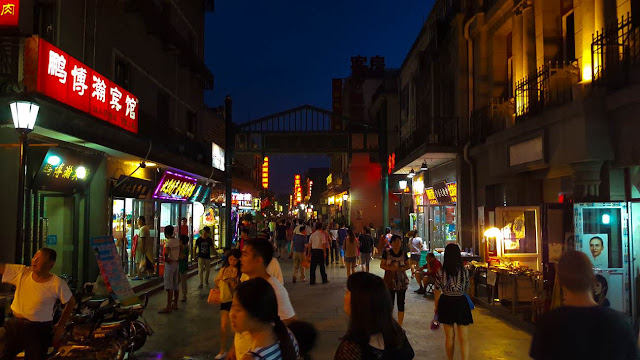 No luck finding some good food around here, so we call a cab back home to have some late night Korean by the apartment.

Halfway through the ride we recall some awesome noodles we had the night of our show opening. So we reroute the driver to Sanlitun district, headed towards the noodle place if we can find it. Hell we didn’t even know the name of the mall that it was in but we’re getting pretty good at winging directions to someone who doesn’t speak a word of English.

Minus the traffic, we got lucky. We landed right next to where we were trying to go and could trace our steps to find the restaurant. The noodles were perfect. Just in time for a drink at the only good bar we know.

A couple cocktails and conversations and we lose track of time. Suddenly its 3 o clock as we head back to our apartment. Only three hours and we’re supposed to meet with our roommate to go to the Great Wall. So much to do in such little time.

Wake up. Get in a van. Sleep for an unknown length of time. 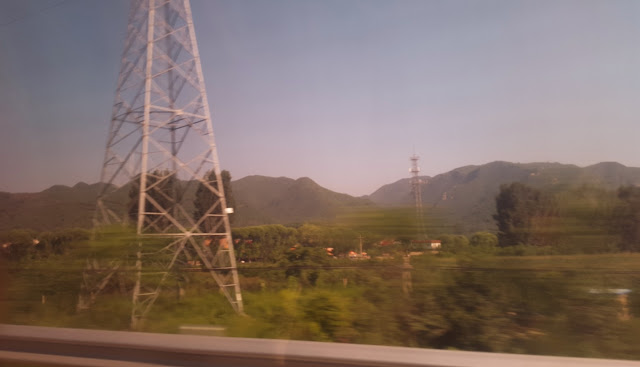 Arrive at a lakeside section of the Great Wall that is thankfully less known than other sections. Ill spare the details, but it was breathtaking. 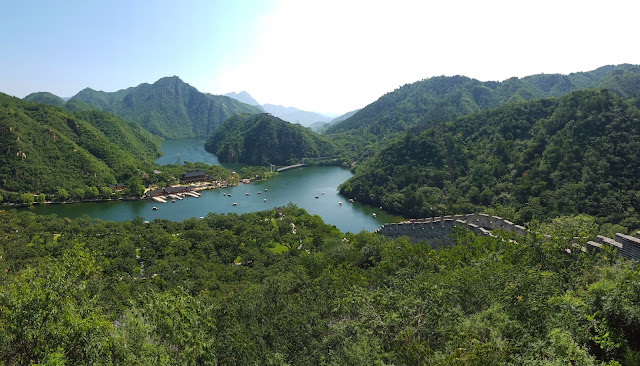 Not long and we were back in the city, with plans for the next day already set. By now my blog post was due. What to say? Where to start? How do I wrap up a trip when I’m not even sure what these last two days meant? It took time and distance to reflect and finally gather some sense of what Beijing meant to me.

Beijing was full of surprises, and within the last two weeks my opinion changed entirely. I first figured Beijing as a place trying to cover its history in a new western façade. A sort of show of economic growth hiding their rough path to achieve it. The past couple days helped me see things from a different perspective though. China seems to be trying to find a way to preserve and acknowledge the past while still focusing on the future. It wasn’t that the new covered up the old, but rather that Beijing was a place where all of their history tries to coexist with the changing times. A place where you can see things that are literally thousands of years old just an hour away from the latest mall.

The speed of the last days helped me to see the immense variety of this city that is unlike anything we have in the US. The variety here consists of different ages of culture existing at once, with people who can move from one ancient age to the forefront of their emerging new traditions with ease. There is still a lot to learn from this experience and I’m still weary to make judgments about a place I’ve only just met, but I know for certain that I am most thankful for the people we found along the way.


Until next time Beijing.

Posted by newyorkacademyofart on Thursday, September 03, 2015